Which health insurance is right for me?

Initially, I was asked to "spruce up" an application in production that an agency delivered. After I worked on a style sheet change to match our brand, the user testing revealed deep interaction pattern problems and I began a deep dive into the UX.

The main goal of the application was to introduce a new mental model to customers to help them purchase a health insurance plan. Customers would now have to choose a plan not only by deductible and premium but now add a new variable - local or national network. User's needed to find out if their providers & prescriptions were covered under each plan to make a purchase decision. 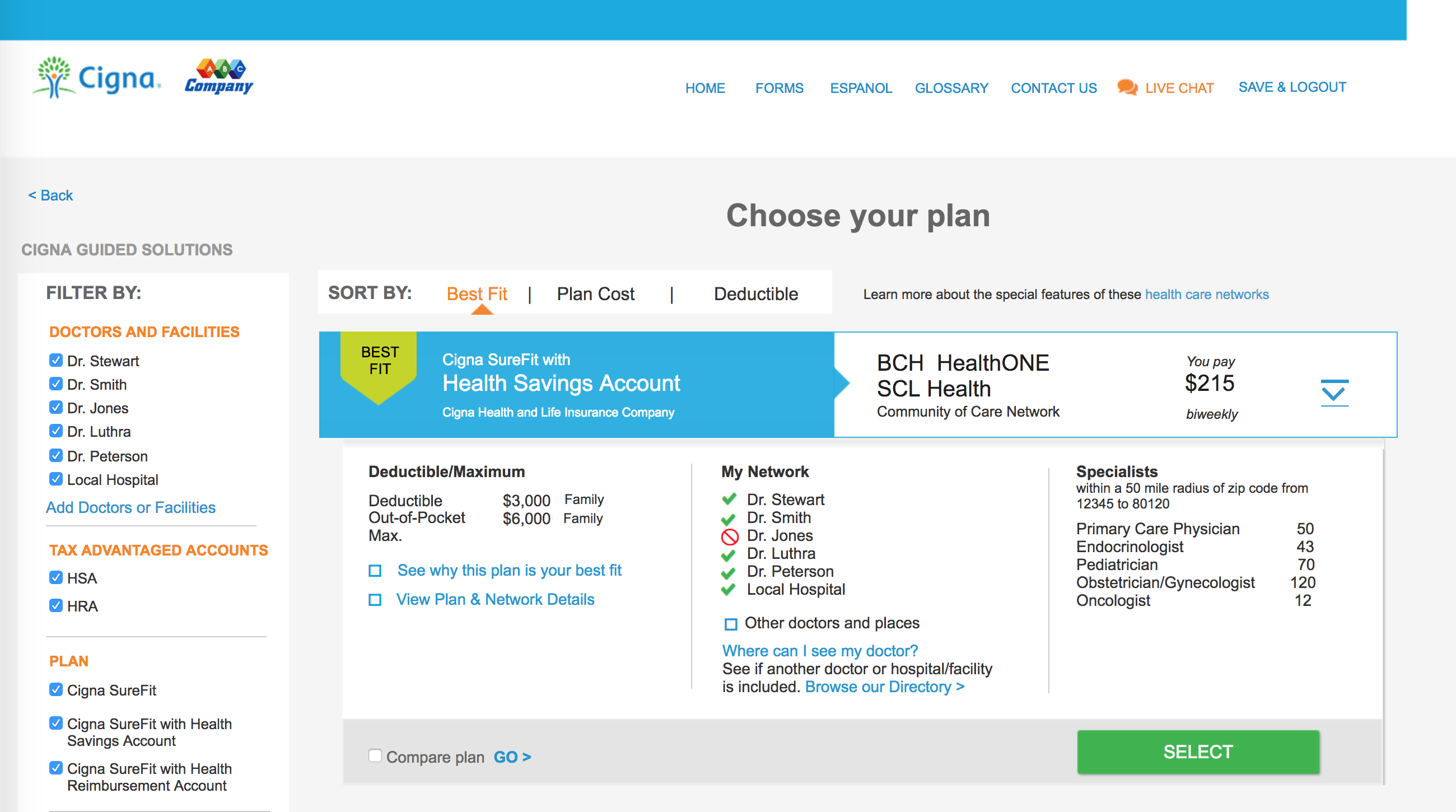 I used Axure to quickly prototype multiple concepts for the "Choose a plan" page. 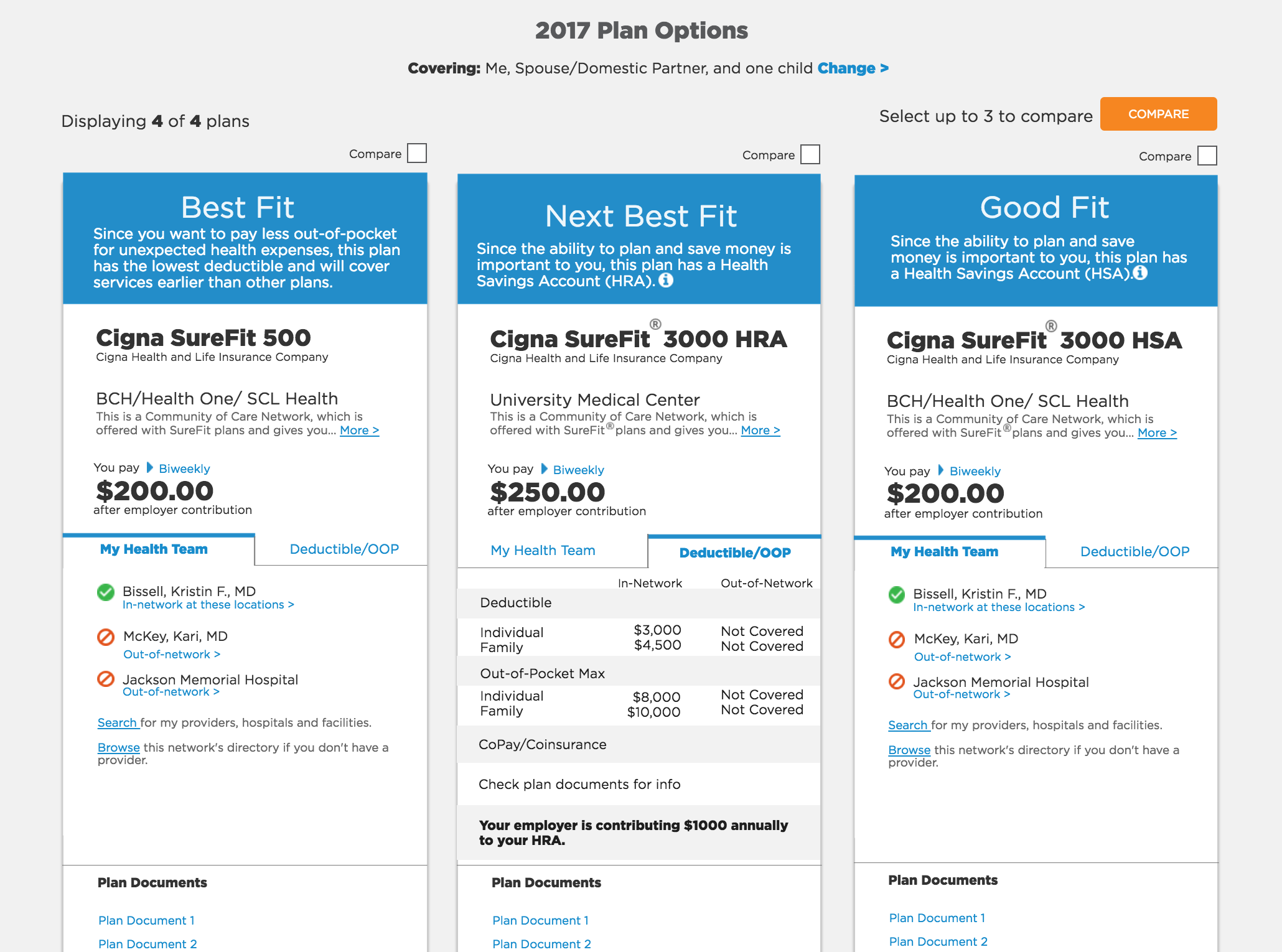 Comparison Chart with "Find a Doctor"

Wireframes let us test the variety of data that was needed in the interface.

One innovation we used was the "find a doctor" feature. We allowed customers to input the provider and we compared across plans to see if the provider was covered under each plan.

Over the months, we conducted 12 rounds of user testing in a lab with 8-16 people each session. 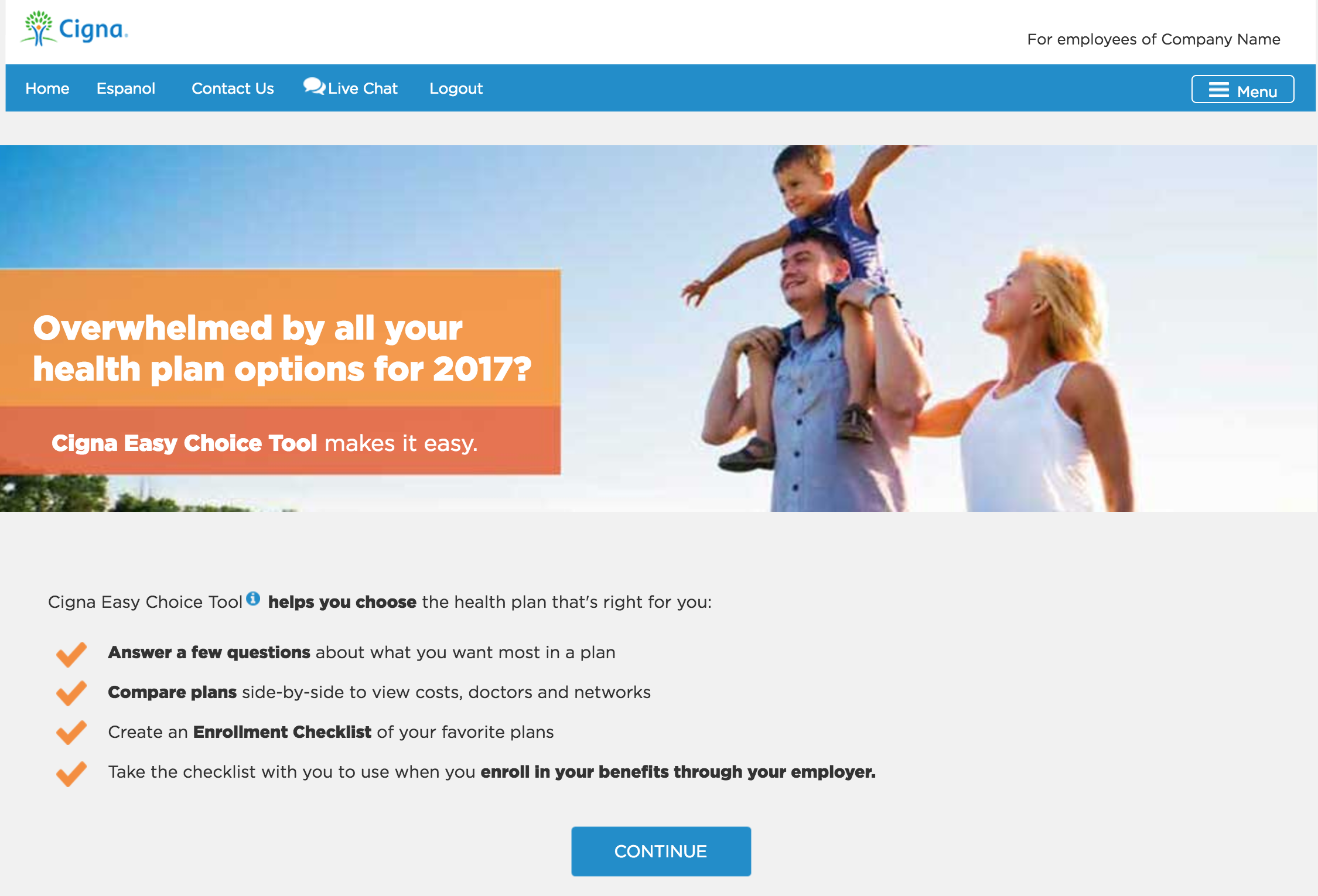 This project taught me to be patient, humble, and trust my team.

This was a long-haul project. Day in and day out we worked with data difficulties, agile timelines, customer feedback, and remote work. We pulled together to make clear, informed decisions.